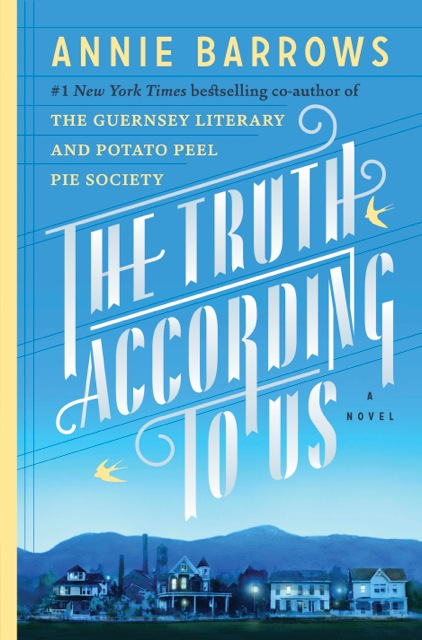 About The Truth According to Us

It all began at the Decoration Day Parade, when the Rotary Club band honked out the last notes of the “Battle Hymn of the Republic,” and Willa Romeyn, age 12, made a solemn vow to discover all the secrets that adults hide from children.

It all began when Miss Layla Beck refused to marry Nelson the Citronella Scion, was tossed out of the lap of luxury, and landed—in white high-heels—at the train station of Macedonia, West Virginia.

It all began when the Town Council of Macedonia decided to commemorate the town’s Sesquicentennial with a dignified yet lively recounting of its history, to be entitled The History of Macedonia.

It all began when Jottie Romeyn cleaned out her spare room for a new boarder, a girl named Layla Beck, who was writing something or other for the Town Council.

It all began when Willa got run over by a bicycle on her way to meet Miss Layla Beck at the train station.

It all began when Felix Romeyn lifted his hat, held out his hand, and said, “Welcome to Macedonia.”

Or did it all begin twenty years earlier, on the night when the American Everlasting Hosiery Factory burned to the ground?